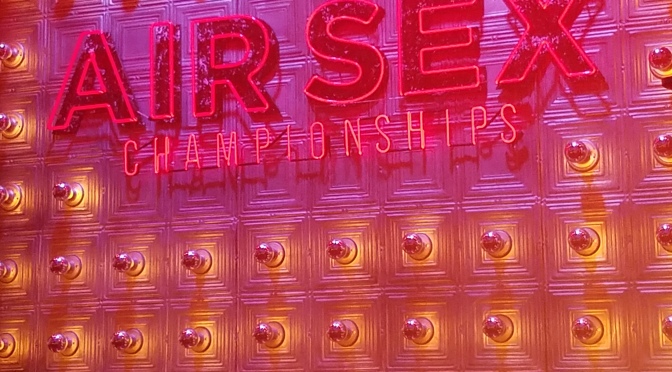 YES! Air Sex is a thing. It is the act of having imaginary sex with ones self, objects  or a partner. I first stumble upon it via video (the UK version) and it was all forms of raunchy & hilarious. 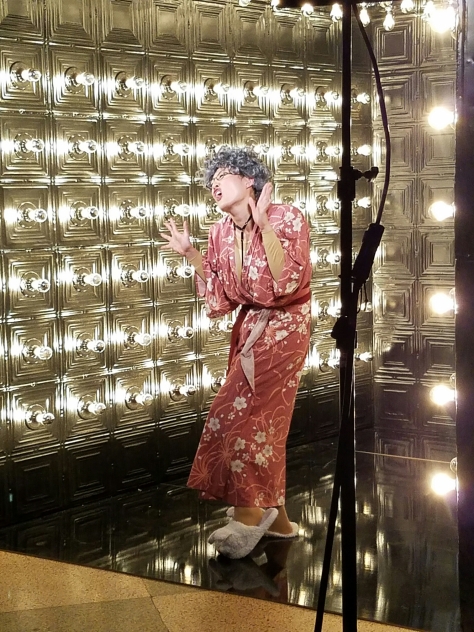 I didn’t believe it was actually a thing til I got an email about a show in NYC. I never made it to that show because of an illness but  this show was totally worth it. In this filming of Air Sex it was actually the champions. 4 contestants battle it out via air sex it til only one is the champ. 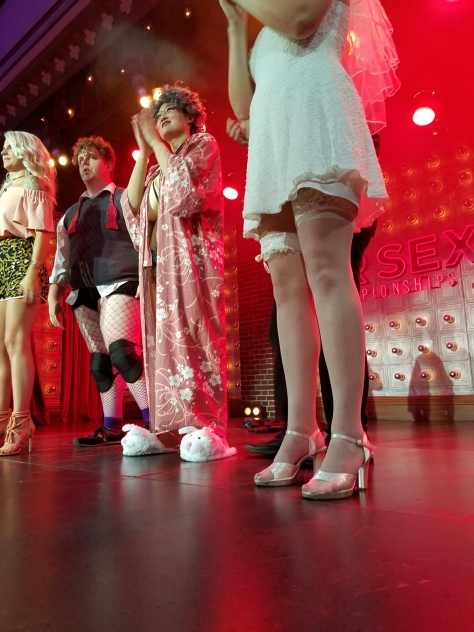 They get judged too, not only by an audience *me & others* but by actual judges and one of them happened to be T-Pain. May God bless T-Pain lol. He is was what I like to call “NICELY” intoxicated. 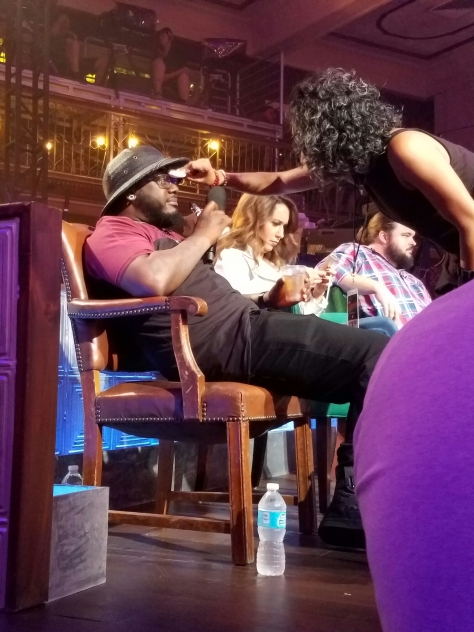 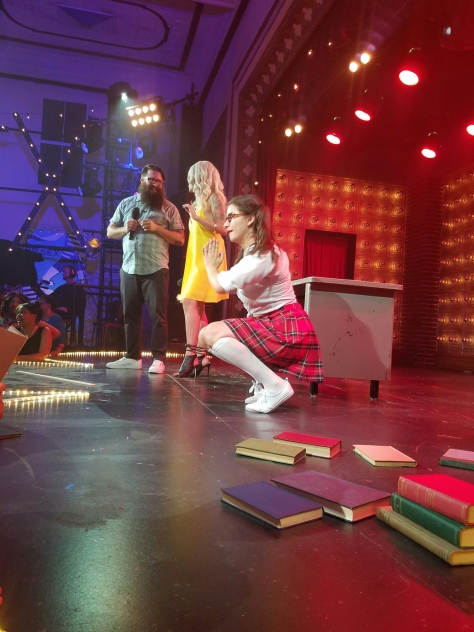 Some freaky stuff went down on that penis shaped stage. I notice a lot of “back door” finger action going on with either women performing it on their imaginary partner or the guys just inserting it themselves for that extra pleasure. Who knew a finger in butt would be so popular lmao. 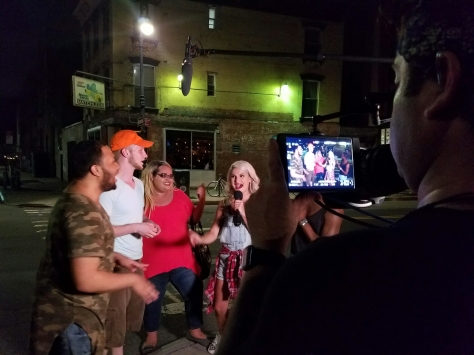 Sadly it hasn’t aired yet and I’m not sure when it will but looking for it on either MTV or MTV2.

This Weekend is Mad Decent Block so definitely check the Snapchat: Inattendance because it will be full of awesomeness *if you can’t find the snap, comment under a photo @in_attendance on IG and I shall get ya from there*

This cup hold something I never knew could be so precious...My long time love #cookiedough icecream and my new love Cinn-Dough-Rella.... Now @benandjerrys I know I'm late but this has changed my icecream dates forever...Thank You for this blessing
It was toooo live at @iheartradio x @verizon for Wale & Teyana Taylor 🔥🔥🔥 #iheartwale #wale #verizon #nycevents #funtimes #iheartradio
Hella cool vibes at @colorsxstudios NYC event last night hope theres more to come!!! #colorsxstudios #nyc #nycevents #funtimes #popup
AfroPunk never disappoints 😍 . . #afropunk #funtimes #nyc
They had way to many options which me I have soooo many reasone you go back @juanchisburgersbk . . . #foodporn #foodie #funtimes #nyc #brooklyn #hamburger #fries #itswassogood #tasty #juanchisburgers