It’s Comic Con Time!!! Along with the coming of the Con they have created something called Super Week where they have event related to Comic Con such as extra panels, after parties & videos games events. One of the Greatest companies in the world: Harmonix released one of the Greatest games in the world: Rockband and it’s the 4th one. Yes Rockband 4 is coming after a long hiatus & they had a party for it. Held at the Hard Rock Cafe  we were given the opportunity to play the game as much as we liked with own made up rock band (friends or strangers aka new friends). Seeing how I am slightly addicted to this game I was in heaven. Their whole dlc catalog was available for playing as well as the song list of Rockband 4. One of the games newest feature is the guitar solo where it provides you more control in creating your own solo. I decided to give it a try and sucked hard at it, think i’ll just stick to the drummers.The best part about the whole night was talking to the developers and finding out that all of the dlc that I bought & play for previous games will work with the new one. I will definitely be getting this game and rocking out on the drums like a rock star! 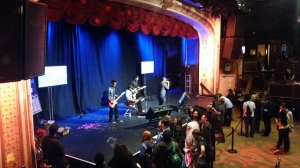 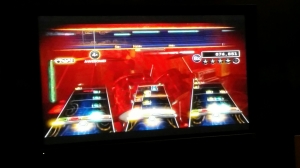